His Story is produced by Mustard Seed Songs
with the support of CWR, Release International
and Faith and Football

Mustard Seed Songs is a registered charity whose mission is to promote Christianity through music performed live at concerts and through recordings. In particular they support young people who take time off from their studies to work for such aid agencies as Tearfund and Latin Link

The songs are written by Ken Shearsmith who teaches PE in Hampshire. He does not play a musical instrument and he has had no formal musical training, however he has written over 100 songs believing that God “plants” the tunes in his head  The tunes are often accompanied by lyrical ideas or they may be inspired by writings such as those of Selwyn Hughes in the CWR publication  Every Day With Jesus.

CWR is based at Waverley Abbey House near Farnham in Surrey. It is surrounded by extensive grounds, a lake and the picturesque ruins of a twelfth-century Cistercian monastery.

CWR was founded as a Christian ministry in 1965 by Selwyn Hughes. Since then it has grown into an international publishing and training organisation which seeks to enable people to apply God's word to everyday life and relationships. In addition to the variety of courses CWR offer, they also produce a wide range of high-quality resources including daily devotionals, books, videos, audio cassettes and other inspirational items.

The CWR publication Every Day with Jesus is one of the most popular daily Bible study tools in the world with around a million readers an issue. It has been written by the late Rev. Selwyn Hughes for over 40 years. To help promote its 40th anniversary 80,000 mini- CDs of six Mustard Seed Songs were attached to the January /February 2005 edition and distributed world- wide.

Through its international network of missions Release International serves persecuted Christians in 30 countries around the world by supporting pastors and Christian prisoners and their families; supplying Christian literature and Bibles and working for justice. RI is a member of the UK organisations Global Connections, the Evangelical Alliance and Micah Network.

Faith & Football is an interdenominational faith ministry that seeks to unite, encourage and resource the Church, the Body of Christ, to serve communities in this nation and the rest of the world and to bring the good news of Jesus to those involved in the sport of football. 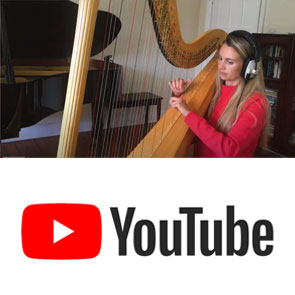